“When I use a word,’ Humpty Dumpty said in rather a scornful tone, ‘it means just what I choose it to mean – neither more nor less.” – Lewis Carroll 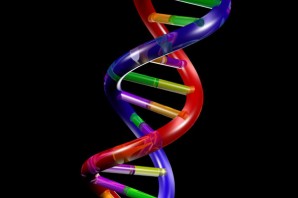 Stefanoni: Here are the DNA results. I believe that they show that Meredith’s DNA was on the blade of the knife that was taken from Raffaele’s apartment and Amanda’s DNA was on the handle. The bra-clasp that was recovered from the floor of Meredith’s room 46 days after the murder, which had been kicked around, picked up, passed around, replaced on the floor and picked up again, contained a partial DNA profile that we believe might be consistent with Raffaele (and also possibly with millions of other people). There is also evidence of DNA profiles of other unidentified males. We used ‘low copy number’ technology to obtain these results (although our lab is not accredited with having the correct procedures and equipment for this type of work) and we used all the samples up so there is no control and we will never be able to repeat these tests. This does not matter because we are experts.

Defence counsel: Please may we see the computer records and reports of your procedures?

Stefanoni: There is no need for me to give you any more information. I am an expert so you should trust my results.

Defence counsel: Please may we see the computer records and reports of your procedures?

Stefanoni: No – you do not need any more information. I am an expert. You should accept my results.

New Scientist: International DNA experts state that the DNA samples that Stefanoni claims are proof of Knox and Sollecito’s involvement in the murder of Meredith Kercher are too low to prove anything and that she was not working in a lab that is capable of providing the low level detail that she has claimed.

Judge Hellmann: Please let the defence lawyers and the independent DNA experts that I have appointed see your workings.

Stefanoni: No – they do not need any more information. I am an expert. You should accept my results.

Stefanoni: Oh, all right then. You can have some of the information, but not all of it.

Independent DNA Experts: These results are an unreliable heap of doo doo and there is no way we can replicate any of the tests because you used up all the samples the first time round. The bra clasp was not kept properly and is now rusty. It was kicked around the floor for 46 days and the crime scene was not properly secured so we have no idea how many people visited, who they were, or what else they did. We have all seen video evidence that the clip was picked up by people with dirty gloves, passed from one person to another and then dropped on the floor and picked up again. In these circumstances it is impossible to exclude contamination especially when attempting to use low copy number technology. In any case the profile that was claimed to match Raffaele would also match about half of the men in Italy including his honour Judge Hellmann and nobody from the prosecution has been able to explain how Sollecito’s DNA is supposed to have got on the clasp but none of his DNA was found anywhere else on the bra. This item of evidence should be dismissed because of contamination.

The knife was never collected and stored properly. The lab is not equipped for low copy number DNA work and the staff are not qualified to attempt this kind of work anyway. If you think ignoring machine controls and carrying on when you see the message ‘too low’ is groundbreaking science you are very much mistaken. The only thing we can say is that the substance found on the knife is consistent with bread starch (it was a bread knife, no?), the knife was never cleaned with bleach and there was never any blood on it. Will that do? Can we go home now?

Italian Supreme Court: Knox and Sollecito must be declared guilty in another trial. The prosecution does not have to prove anything. What do you think this is, a criminal trial with a requirement for proof beyond reasonable doubt? Hogwash!! This is Italy. We are not restricted by legal niceties here. We know what we want and we want Knox and Sollecito back in jail. It is that simple. If we say there was no contamination, then there was no contamination. Is that clear? The defence must prove that contamination has occurred otherwise the results stand and they cannot do this. We have already decided. We will not allow anyone to infer that Stefanoni is anything other than a world class scientist who should be awarded the Nobel Prize for services to Criminology. We have a record to defend. Italy is not the most ruled against country by the European Court of Human Rights in all of Western Europe for nothing. Read out the motivation!

The reasoning of the judgment, settled on the evaluations of experts, would be this: even if one wants to share the findings of the forensic attribution of DNA extracted from the two objects (knife and hook), it cannot be excluded that the DNA was placed not by contact, but by contamination, arising in any of the stages in the examination by the reporting laboratory.

The non-exclusion of certain events is not the same as their successful verification, and here we see the nth logical flaw, where the Court although they cannot actually affirm the contamination occurred, assumes such a contamination invalidates results of genetic testing carried out in the course of the investigation, adding that the onus of proof falls on the prosecutor, who has to provide the impossible positive proof of its non-occurrence.

Whereas Prof. Novelli warned that it is not enough to say that the result arises from contamination, but its origin must be shown. The error of reasoning should be clear where the burden of proof is upon he who alleges it, not on the one who denies it: if the refutation of scientific proof concerns a factual situation such as contamination of a specimen, that fact must be specifically proven. Nothing was said in the judgment about how the DNA found on the knife blade and the DNA of Sollecito on the bra hook worn by Meredith could have resulted from contamination, considering the interval between which the two tests were made in the laboratory. Not only that, but it was said that there were no negative controls of contamination run by the forensic biologist and geneticist, while in contrast it turned out they had been carried out by the experts, nor were the experts able to indicate any specific source of contamination, confining themselves to saying that anything could happen. Moreover the same experts have instead shared the findings that led to identify the trace of Knox on the same knife that bore the traces of the victim, provided that if the error is suitable to invalidate the results of the analysis, everything is swept away regardless.

The Daily Fail: Foxy Knoxy in retrial shock. She did it all right. We always said she did. We published the verdict Judge Hellmann did not dare deliver. We even use a journalist called Nick Pisa and they don’t come any more Italian than that.