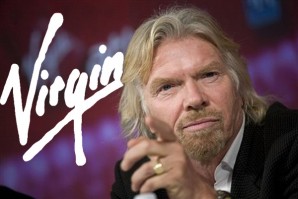 Following a Tweet published by Richard Branson on Thursday December 18th, Amanda Knox hating trolls have gone into overdrive.  Branson referred to leading website Injustice in Perugia – www.injusticeinperugia.org – set up by leading pro innocence advocate Bruce Fischer and others, and indicated that he has looked into the case and believes that a serious miscarriage of justice may have occurred.  Knox and her then boyfriend Raffaele Sollecito were falsely implicated in the murder of British student Meredith Kercher in Perugia, Italy in 2007.

Kercher was killed by a local youth, Rudy Guede, who left clear evidence of his presence in the victim’s room.  His DNA was identified from swabs taken from her vagina.

After initially stating that Knox was not present (he had never even met Sollecito) Guede was persuaded to implicate them and was rewarded with a reduced prison sentence.  Guede was prosecuted in a separate ‘fast track’ trial that was used by the Italian authorities to set down what they call, ‘judicial truths’ about the case that would later be used against Knox and Sollecito, though their lawyers were denied the opportunity to cross examine Guede about his claims.  This bizarre misuse of legal process may come back to haunt the case.

Amanda Knox friend Michelle Moore tweeted, “Richard Branson, Thank you so much for speaking out for justice.  This is huge and was the right thing to do.  Merry Christmas.”

Branson’s intervention follows the launch of a petition calling for genuine investigations into the mishandling of the Meredith Kercher murder inquiry.  The petition can be signed here: http://bit.ly/1DFfeAO

But his comments angered the army of internet trolls that have plagued the case.  One stated, “Branson has dyslexia & due to poor academic performance, dropped out of school at an early age.”  Another message read, “Don’t be fooled, Richard Branson (by) Amanda Knox’s disinformation PR to deceive the American people.”

The irony of the troll claims is that Knox and Sollecito’s reputations as regular students of good character with no history of violence or antisocial behaviour, were destroyed by PR spin that emanated from law enforcement in Perugia, starting the day after Meredith Kercher’s body was discovered.  Their character assassination was  completed by the tabloid media, led from Britain by the same newspapers that printed lies about Christopher Jefferies, the innocent retired teacher from Bristol, England.

Jefferies was able to secure large damages settlements from several newspapers because he was not charged with murder.  Knox and Sollecito’s ability to take similar action has been hampered by a protracted battle with an Italian justice system that has the ability to keep on ordering more trials until it gets the result that it wants.  The pair were declared innocent in an appeal in 2011 but when Italian pride is at stake, the system presses on.  The case is now being described as the highest profile miscarriage of justice this century and has now been prosecuted for longer than the Second World War.

Truth and justice will prevail

Their latest appeal against guilty verdicts delivered at a Soviet style ‘show trial’ in Florence, earlier this year, is to be ruled on by the Italian Supreme Court in 2015.

Nigel Scott, board member of the Injustice Anywhere organisation, described the case as, “A travesty that has been characterised by sloppy police work, misreporting and a massive and misleading organised internet troll campaign intended to pervert the course of justice.  There can be no true justice for Meredith Kercher while this witch hunt against innocents is allowed to continue.”

Richard Branson is one of a number of prominent figures who have spoken out against this injustice.  Others include businessman Donald Trump, thriller writer Douglas Preston and retired KingCounty (Seattle) High Court Judge Michael Heavey.

Regular readers of Ground Report articles about the Meredith Kercher case will have noticed that the comment sections are a playground for misfits and trolls.  To call these people deranged is an insult to unfortunate people who are genuinely deranged.  They render these sections unreadable and pointless.  They damage the memory of Meredith Kercher – the person they claim to represent and they are unable to debate serious points in a civilised manner.  They are best ignored.

I have copied a comment from ‘jrppp’ and reproduce it here.  It is the only comment you need to read.  If you genuinely respect Meredith Kercher and her family and if you believe that innocent people should not be framed and vilified, please ignore the rest of the comments.

“Is there really some surprise here, that an astute business man and very successful entrepreneur like Sir Richard Branson, is able to tell the difference between a website that truthfully depicts an obvious miscarriage of justice, and the three well known internet hate sites run by various wackos, tramps and con men?  Just one more voice of reason added to the ranks of the rational, where low information crazies need not apply.

The ECHR just needs to declare a violation of human rights in the treatment of Amanda Knox over that fraudulent calumnia conviction, to get this case back on track towards full exoneration for Amanda and Raf.  Those hoping to steal money from innocent families will have to turn their thieving intentions elsewhere.

There really must be an effort to prosecute at least a few of the most vile hate trolls in this case.  The bullying and reckless slander can and should be recognized as criminal conduct, and prosecuted accordingly.  If only the anti-knox hate trolls had to defend their foolish lies in court, maybe then they’d finally get it.” – ‘jrppp’