Amanda Knox: One Step Back, Two Steps Forward to Freedom 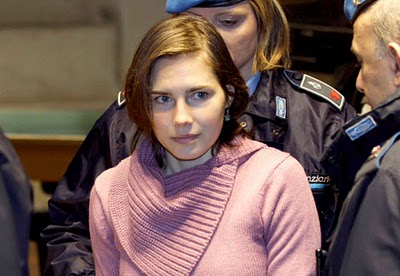 The ongoing nightmare for Amanda Knox and Raffaele Sollecito, in Perugia Italy, will continue to linger on as the prosecution has successfully extended the appeal trial with what seems to be for no other reason than to muddy the water.

Knox and Sollecito currently stand convicted of murdering Meredith Kercher in late 2007. Both have vehemently denied any involvement in the murder and now after nearly 4 years, the court has finally heard from independent experts regarding crucial DNA evidence. The defense request for independent testing was refused by Judge Giancarlo Massei in the first trial. If Massei would have allowed an independent review, Knox and Sollecito would have never been convicted in the first place. 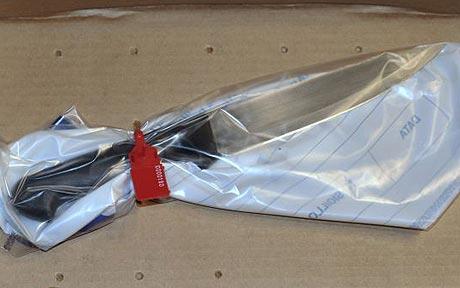 The knife said to be the murder weapon was retrieved from Sollecito’s kitchen by police because it looked shiny and well cleaned. Stefanoni claimed to find Kercher’s DNA on the blade (using LCN DNA testing in a non certified lab) and Knox’s DNA on the handle. When Conti and Vecchiotti tested the knife, they found Knox’s DNA on the handle, which was no surprise because Knox used the knife to prepare meals at Sollecito’s, but all they found on the blade was starch. When asked if the knife could have possibly been cleaned to remove all traces of Kercher, but still test positive for starch, Conti and Vecchiotti said no. The knife was not the murder weapon. 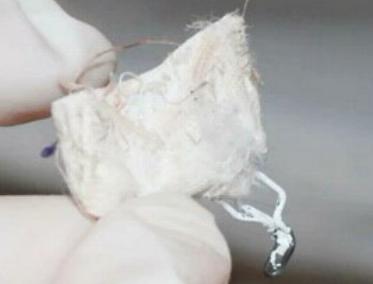 The bra clasp was retrieved from the crime scene 46 days after the murder. The police went searching for evidence against Sollecito when they realized that a footprint attributed to him actually belonged to Rudy Guede, the man responsible for the murder of Meredith Kercher. Clinging to the baseless multiple attacker scenario, investigators needed evidence fast, and like magic they found Sollecito’s DNA on a bra clasp that was torn off Kercher’s body. Questions remain unanswered as to why the clasp along with several pieces of clothing worn by Kercher during the attack were not collected in the early days of the investigation.

Crime scene video shows that the clasp originated under Kercher’s body (as seen in video the day the murder was discovered) and over 6 weeks time, during multiple visits from investigators visibly trashing the cottage, it made its way under a dirty rug across the room. When the clasp was finally collected, it was handled by multiple investigators wearing visibly dirty gloves as they handed it back and forth as if they had found a grand prize. The clasp was stored in improper containers by Stefanoni causing the fabric to disintegrate and the hooks to rust to the point that further examination is impossible.

Conti and Vecchiotti not only proved improper collection procedures they also proved that Stefanoni was biased in her analysis of the DNA. The method she used centers in on a specific suspect, a practice that is forbidden by all international standards due to the fact that it leads to biased analysis. Samples are to be analyzed individually and then the final results are compared to see if any produce a positive match. If one begins knowing what they are looking for already, they are likely to interpret the electropherogram to match the result they are trying to achieve. When the data was properly analyzed by Conti and Vecchiotti they discovered that Sollecito’s DNA could not be confirmed leaving them to conclude that the bra clasp is unreliable evidence.

After hearing the testimony given by Conti and Vecchiotti, Judge Hellmann moved to bring the trial to a swift close. He would allow the prosecution to question Conti and Vecchiotti on July 30, with no additional witnesses to be heard from either side. He also planned on cutting the summer break short so that closing arguments could begin on August 27.

The July 30 hearing was a long day for all involved as Prosecutor Comodi riffled questions at Conti and Vecchiotti doing everything she could to discredit their analysis. At the end of the day, the independent report stood strong, as the actions of Stefanoni are indefensible. There was nothing Comodi could say to hide the fact that Sefanoni’s work did not meet the standards of any civilized nation on earth.

Comodi gained no ground with her questioning but had one more trick up her sleeve. One of Stefanoni’s many egregious errors was her failure to conduct negative control tests to rule out contamination. Comodi would shock the court by boldly presenting documentation showing that Stefanoni did run those tests after all! Conti and Vecchiotti were wrong! Only one problem, Comodi presented the court with what appeared to be fraudulent documents. The pages were poor quality photo copies with codes that did not match the machine used to conduct the tests. When confronted, Comodi claimed that the defense must have mis-located the files during the first trial. The court took a 30 minute recess to try and locate any original documents which turned out to be nonexistent. Comodi’s ploy backfired on the prosecution, irritating the judge, and once again highlighted the fact that they will stop at nothing to keep two innocent people in prison.

Before the July 25 hearing began, it appeared that everything was set for closing arguments to begin August 27. That would change at the beginning of the hearing when the prosecution addressed the court asking for further witness testimony. Civil attorney Francesco Maresca stood up in court shouting out numerous law codes that sent the discussion into the judge’s chambers. When the issues were resolved, the prosecution’s request was granted and the next court hearing had been moved to September 5. I am told that Hellmann was not happy with the extended timeframe but was bound by law to allow the additional questioning.

Any and all additional hearings before closing arguments begin will be a complete waste of time. Judge Hellmann’s own experts have discredited the evidence. Putting additional prosecution or defense experts on the stand is pointless and the only benefit for the prosecution is to attempt to cloud reality.

Knox and Sollecito have endured almost 4 years in prison for a crime they did not commit and now they will have to wait a little bit longer due to posturing by those hell bent on destroying their lives. When the prosecution is finished with their theatrics Judge Hellmann will be obligated by Italian law to fully exonerate Amanda Knox and Raffaelle Sollecito as he cannot confirm convictions without evidence. The nightmare will finally end.