Amanda Knox, Raffaele Sollecito and the Curse of the Zombie Haters 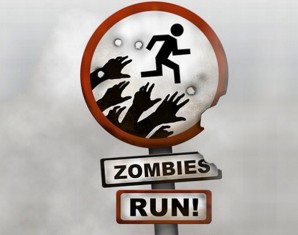 “Everyone is entitled to his own opinion, but not his own facts.” – Daniel Patrick Moynihan

On March 29th, Nina Burleigh, author of “The Fatal Gift of Beauty”, a book about Amanda Knox, placed a story on the Time magazine website.  It was entitled, “The Amanda Knox Haters Society: How They Learned to Hate Me Too” and was an expose of what has become an online campaign of vilification targeting Amanda Knox and her ex-boyfriend Raffaele Sollecito.

Knox and Sollecito were initially charged with the 2007 murder of British student Meredith Kercher whose body was found in Perugia, Italy in her bedroom of a flat she shared with Knox and two other women.  In 2009 Knox and Sollecito were convicted; in 2011 they were cleared on appeal and on March 26th this year, the Italian Supreme Court set aside the acquittal and referred the case back to a lower court on grounds that have yet to be published.  Knox is now home in Seattle and Sollecito in Italy.

What makes the saga inexplicable is that there has never been any credible evidence against the pair.  The Perugian police and the local prosecutor Giuliano Mignini worked on hunch and ‘instinct’, briefed the media accordingly and put their case together later, a process that is considered normal in Italy but which is baffling to outsiders from more conventionally run police forces. The bizarre twist to the case is that the only concrete evidence incriminated Rudy Guede, a local vagabond and criminal, whose DNA was found in Kercher’s room and on her body.  He was convicted in a separate trial and remains in custody.

The intense media focus that the case generated caused it to become a worldwide obsession for some; the most over-reported crime of the internet age.  Burleigh spent a year in Italy, where she began her research by assuming Knox and Sollecito to be guilty and arrived at her present stance of innocence by reviewing the evidence.  Her change of position attracted the ire of a mainly anonymous coterie of Knox haters who stalk the internet.  Her Time feature bears this out.  In less than a week it attracted nearly three thousand comments, mostly from ‘haters’ hiding behind pseudonyms, impervious to logic and reason and seemingly blind to the fact that by their actions they were reinforcing her case.

All the ‘evidence’ that was used to manipulate public opinion and the courts against Knox and Sollecito was manufactured and fraudulent as is explained in my ‘Forty Myths’ series of articles.  Any person of average intelligence can easily work this out for themselves in an hour or so.  Smear and innuendo was used to create a climate in which the two students would not be believed.  The truth was the first casualty of this approach.  Straightforward statements of fact have no effect on the haters who inhabit online message boards.  Words like ‘logic’, ‘science’ and ‘reason’ hold no meaning for them.  Rational people may attempt to swat them away, but like Hydras they always return, newly emboldened and seemingly greater in number and they simply start again by repeating the same disproved smears they started with.  Zombie haters indeed, trapped in a 1950s B movie forever.

Burleigh’s Time article has brought forth new ‘haters’ with the same attributes as those who have gone before, leading to the inevitable conclusion that they are the same familiar, sad, lonely losers, but clothed in fresh pseudonyms for a new day.

Who hides behind the haters?

Which brings us to the central question about this whole ‘guilt fest’:  who are these people and why do they keep coming back for more?  There are two serious explanations, once you have dismissed the possibility that they actually believe what they are writing.  Surely nobody could be that stupid?

1. They are inadequates, clothed in schadenfreude who can only find meaning in their lives by hating others.

2. They are being organised by elements close to the prosecution, who are determined to use every means at their disposal to shore up their feeble case.

Italian justice is a pretty rickety structure.  It is instructive to look at the reports of the European Court of Human Rights.  Observers of the Knox/Sollcito case will not be surprised to see that Italy leads all other countries in Western Europe by a considerable margin when it comes to violations of the right to a fair trial.  The Italian judiciary is a powerful oligarchy that does not like to be seen to lose face.  Machiavelli was an Italian.  Need I say more?