Home » International Cases » Infamy At Work: The Attack On Funding

Infamy At Work: The Attack On Funding 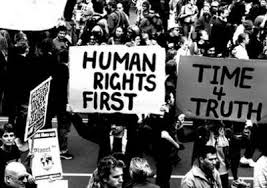 More than a year ago, before the Florence appeal trial concerning the murder of Meredith Kercher, Raffaele Sollecito, defendant in that trial together with Amanda Knox, set up an account on the crowdfunding site GoFundMe to collect money to pay for his defense expenses during the oncoming trial and beyond.

He has in this way received the contributions of his supporters from all around the world until a few weeks ago, when his account was suddenly closed by GoFundMe and Sollecito had to find a new crowdfunding site to collect the money his supporters have freely decide to provide him with.

Apparently he experienced some problem in so doing, since new accounts were opened and shortly after closed on this or that crowdfunding site.

While for what concerns GoFundMe it seems that there has recently been a change of policy by the site itself which has impacted other users of GoFundMe, as detailed by Rick Cohen on NoProfitQuarterly, it must also be said that on a site notorious for advocating against Knox and Sollecito, there was not just rejoicing, but also a claim of responsibility for what had happened to Sollecito’s account on GoFundMe and the assertion that similar actions were under way also with other funding sites (like Paypal) to prevent both Knox and Sollecito from collecting funds from their supporters.

While GoFundMe’s decision can be the outcome of costs/benefits considerations (and the aforementioned article hints to some evidence that the probability of a given account being closed is inversely proportional to the amount of money passing through it), nevertheless the fact that people notorious for campaigning for the conviction of a defendant are now also actively acting to prevent that same defendant from collecting money necessary to his defense is something that should alert all those who have a cause of any kind at heart.

What says if a cause is right or wrong? Who decides if it is correct to support or to help financially an individual or a group of people?

The first sure answer is: certainly not those who oppose that cause or despise those people.

The second answer is that it should be left to each of us individually, as free citizens, to decide if we want or not to support this or that cause, this or that individual or group of people.

As such, any attempt to preventing the funding of defendants in any trial to collect funds for their defense (but the same can be said of any crowdfunding) is an attack on the constitutional rights not of the defendants, but of every citizen willing to contribute, since it constitutes an attack to their ability to express their free will.

While having such an attack sanctioned by a Court would require a lawsuit against shadowy characters which could cost to cash stripped defendants more money than what they may receive from said crowdfunding, those who want to contribute to any cause of their choice and who risk to be prevented from doing so by shameful lobbying, can still do something.

They can vent off their outrage directly to sites like GoFundMe or Paypal, forcing them to reconsider their policies or preventing them from yielding to the pressures of those who would want them to shut down the accounts they don’t like, they can write to important organizations like ACLU and the Innocence Project, raising a red flag concerning this threat to both the rights of free people to advocate for a cause and the rights of defendants to assure themselves a defense.

This is a threat going well beyond the context of a specific murder case: it is certainly a threat to anyone working against any wrongful conviction, but it is also a potential threat to any advocate of whatever cause.

Today it is Knox and Sollecito, who or what will it be tomorrow?