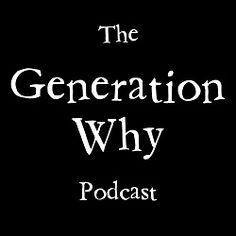 The Jeff Havard case was recently discussed on the Generation Why Podcast. Generation Why is a podcast hosted by two guys named Aaron and Justin. Each podcast presents a conversation between the two hosts discussing various topics involving true crime and mystery.

Our organization Injustice Anywhere is appreciative that Generation Why chose to discuss Jeff’s case but we came away a bit disappointed by their lackluster attempt to provide an accurate account of the case. We believe subtle inaccuracies throughout an hour-long conversation can work to negatively influence a listener’s opinion of the topic being discussed.

Jeff Havard currently sits on death row in Mississippi for the sexual assault and murder of his girlfriend’s six-month-old daughter, Chloe Britt. Jeff’s supporters will tell you the infant slipped from Jeff’s arms while lifting her from the tub, causing her head to hit the toilet, just as Jeff described, and they have facts to support their claims. Multiple experts have now reviewed this case and their findings support Jeff’s claim that the infant’s death was an accident.  In fact, there are now five experts that refute the prosecution’s case, and the State’s only expert to testify at trial has gone on record to state that the State’s theory is wrong. There are currently no experts who support the State’s theory of the crime.

Our takeaway from the podcast is that Aaron and Justin focused their research on the initial trial and neglected to give proper weight to the new evidence that has become available over the past 13 years. In wrongful conviction cases, new evidence often comes to light long after a trial has concluded. Unfortunately unsupported opinions of the State are repeated throughout the podcast without also including the opposing view. New expert evidence that refutes the State’s outdated claims is overlooked. They do attempt to show neutrality by posting an 11-year-old court ruling alongside Jeff’s support website on their podcast page, but  much has been discovered since the cited court ruling was written. As a result, Generation Why’s listeners were provided inaccurate information based on outdated sources.

On the evening of February 21, 2002, Jeffrey Havard’s live-in girlfriend Rebecca Britt went to a store to buy groceries, leaving her six-month-old infant in Jeff’s care. According to Jeff, Chloe spit up on her clothing and bedding. He gave her a bath, and he accidentally dropped her. Her head struck the toilet. Chloe did not seem to be seriously injured, so Jeff changed her into clean clothes and put her to bed.

Rebecca returned home from the store because she needed money to go rent videos. She checked on Chloe at that time and all appeared to be well. When she returned from the video store, however, she discovered that Chloe did not appear to be breathing. She and Jeff took the baby to a hospital emergency room, where she died after attempts to resuscitate her failed.

There is no question that Jeff exercised bad judgment that night. He should have explained what had happened right away. But he did not want to admit he had dropped the baby, so he said nothing. It was a big mistake. Medical personnel did not know what had triggered the emergency, and they misunderstood what they saw. Serious brain damage often causes a patient’s sphincter muscle to relax, so the anus becomes dilated. That was what happened to Chloe. The doctors and nurses treating the baby thought it meant she had been anally raped.

By the time Jeff was tried, in December 2002, witnesses who had seen the baby at the hospital were recalling injuries that are not shown in photos or recorded in the autopsy report. Defense attorneys did little to challenge these witnesses or explain the medical evidence, which they did not understand themselves. Jeff was convicted of capital murder and sentenced to death in a trial that lasted less than two days.

The jury may have reached the only decision they could, because the trial did not clarify the facts of the medical report or what these facts really mean. Multiple experts have examined the medical report after the trial, and all have concluded that Chloe’s death was accidental. Her autopsy revealed none of the injuries that would surely be present had she been sexually assaulted. Even the prosecution’s medical expert, Dr. Steven Hayne, has repeatedly stated that the evidence does not support a claim of sexual assault.

Hayne clarified in a 2014 affidavit that he specifically told prosecutors on more than one occasion prior to trial that he could not support a finding a sexual abuse. This information was withheld from the defense, which is a Brady violation.

Most shockingly, the defense learned in January of 2014, 12 years after the conviction, that Hayne had looked at tissue sections under a microscope and found definitively that there was no evidence of sexual assault. In a case where suspicion of sexual assault only arose when ER doctors and nurses noticed what they believed to be physical evidence of sexual abuse. Hayne’s microscopic findings were clearly exculpatory, and would have positively shown that the doctors and nurses had simply misinterpreted what they saw. The state withheld this evidence from the defense as well and failed to tell the doctors and nurses about it before they testified.

Unbelievably, the State chose to ignore Hayne’s findings and prosecute Jeff for murder during the course of a sexual assault.

Aaron and Justin chose to skip over this incredible information about the case. Instead they looked to create drama by inserting erroneous information into their narrative working to raise suspicion about Jeff’s behavior.

They claim Jeff kept sending Rebecca out of the house. When in reality, she went to the store for groceries and movies. She returned home because she needed more money.

They also state that is was odd that Jeff wanted movies because they had just installed a satellite dish. This is false. The truth is that Jeff had just bought a DVD player. There was nothing suspicious about renting movies. Rebecca had movies to return as well, another fact that was ignored.

They claim that Jeff washed the sheets on the bed after giving Chloe a bath. This is absolutely false. There was no effort to clean up anything in the trailer. In fact, Jeff just threw the sheet with the spit up on it on the floor in front of the washer.

They claim that Jeff tried to stop Rebecca from checking on her daughter. This is false.

They claim that Jeff was locked in the bathroom when Rebecca returned home from the video store. Jeff was using the bathroom, nothing more.

They claim Jeff had to get dressed in order to take Chloe to the hospital, suggesting that he was undressed at the time. This is false.

Several other aspects were misrepresented as well. Of course it is expected that some details will be wrong during any broadcast, and we are not out to nitpick. But given the context of the case, we find the remarks highlighted here to be unacceptable.

We do not feel that Aaron and Justin intentionally tried to misrepresent the current facts of the case. If we did, we would not have commented on their podcast at all. We would have simply ignored it. We are taking the time to respond because we happen to like these guys. We are hopeful they will decide to do a follow up show on Jeff’s case. If so, we would be happy to provide a guest from our organization to join the discussion.

We will give credit where credit is due. In the end, Aaron and Justin agree that Jeff did not receive due process. Somehow they missed the big story on the way to making that decision.

A man currently sits on death row in Mississippi for a crime that never happened. Five experts have reviewed the case who all confirm this. The State’s only expert is also on record stating the crime never happened. There are currently no experts who support the prosecution’s claims. It is now proven that the prosecution knew before trial that the crime never took place. Shockingly, they suppressed the information and pressed forward to convict Jeff anyway. This information should be stopping people in their tracks. This is the story Aaron and Justin overlooked.