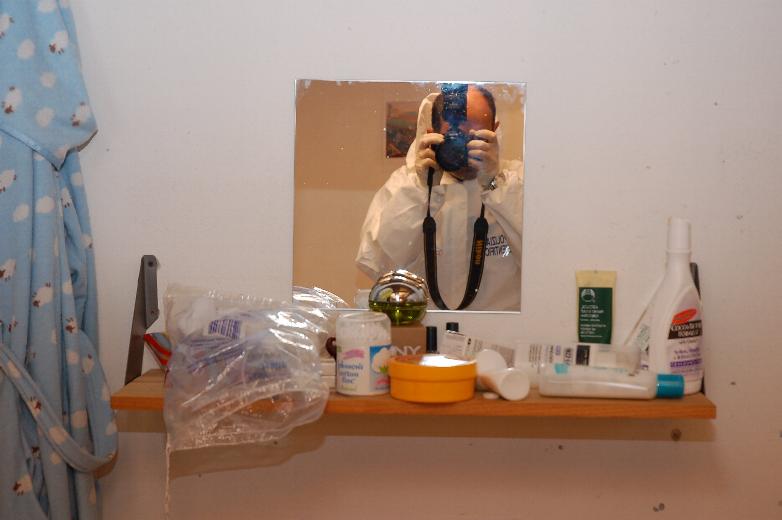 The alleged murder weapon and DNA laced bra clasp are goners, leaving no credible evidence to confirm the convictions of Amanda Knox & Raffaele Sollecito.  According to Italian law, the judge must acquit.
Amanda Knox and Raffaele Sollecito won a crucial legal victory today as an independent forensic report discredited key DNA evidence used to convict the two. Independent forensic experts appointed by the court, Stefano Conti and Carla Vecchiotti, from Rome’s Sapienza University,  have concluded that two key pieces of DNA evidence used to convict Amanda Knox and Raffaeel Sollecito are unreliable and have cited multiple errors made by investigators. This information is being described as “shocking” as it blazes through news outlets worldwide, and though it may be shocking to casual followers, for many it comes 3 ½ years too late.
Knox and Sollecito stand convicted of murdering Meredith Kercher in late 2007 and are serving 26 and 25 years respectively. Both have strongly denied any involvement in Kercher’s Murder and now DNA evidence which Judge Giancarlo Massei refused to allow additional testing on during the first trial, may very well help to secure their freedom on appeal.
The two pieces of evidence that have been discredited on review are a knife (that was said to be the murder weapon) containing the DNA of both Knox and Kercher, and a severed bra clasp said to contain DNA of Sollecito.
The knife was the prosecution’s “smoking gun” said to have Knox’s DNA on the handle and Kercher’s DNA on the blade. An investigator claimed he retrieved the knife from Sollecito’s kitchen drawer because it looked clean. Investigators neglected to test any other knives from either Sollecito’s kitchen or the kitchen at the location of the murder, quickly concluding they had found the murder weapon. The knife was suspect from the start not only because of how it was found but also because it was too large to cause Kercher’s fatal wounds and did not match a bloody imprint of a knife found on Kercher’s bed sheet.
Scrambling for answers, the prosecution claimed that a second knife must have been used. Failing to back up those claims with a single shred of evidence left their theory lacking credibility ,but denial of additional testing left the court to accept the initial DNA results, confirming the knife as the murder weapon.
Thankfully Judge Claudio Pratillo Hellmann felt it was necessary to grant the defense request for additional testing on appeal. If Judge Massei would have allowed this testing during the first trial, there may have never been an appeal to begin with as independent experts have now completely discredited the murder weapon concluding there was no blood on the knife, no DNA from the victim, no evidence to show the knife was involved in any way. They did confirm Knox’s DNA on the handle which would be expected because she used the knife for cooking at Raffaele’s apartment. The independent expert conclusion on the knife: unreliable evidence.

The second piece of evidence discredited on review is a bra clasp retrieved from the murder room. The clasp was horribly mishandled by investigators and should have never been admissible as evidence in the first place. The prosecution claimed the clasp, which was torn from Kercher’s bra during the attack, contained Sollecito’s DNA. No other evidence linked either Sollecito or Knox to the murder room making the clasp vital to the prosecution’s case. Several factors discredit this piece of evidence. Investigators neglected to collect the clasp for 47 days leaving it to be shuffled around on the floor as seen in crime scene video throughout that time frame. When the clasp was finally collected, multiple investigators handled it with contaminated gloves, all captured in the crime scene videos linked below.

47 Days is a Long Time – The Bra Clasp Discovery“

On appeal, the independent experts have concluded that contamination could not be ruled out but more importantly that DNA testing done on the clasp was not performed correctly.

They state that interpretation of the DNA profile was erroneous due to misrepresentation of the Y (sex) chromosome, determining the DNA attributed to Raffaele actually belonged to a female. Experts also concluded that methods used did not follow international procedures of inspection and international protocols for collecting and sampling of evidence. The independent expert conclusion on the clasp: unreliable evidence.

Many find it amazing that police negligence didn’t play a much larger role in the first trial. Much of the evidence collection was captured on video and many cases of faulty procedure and quite frankly odd behavior can be viewed throughout the entire collection process.
In an odd sight to see, crime scene video shows Italian forensic expert Patrizia Stefanoni wrapping a mop handle in gift wrap (that she retrieved from the closet containing the mop) only to hand it off to another investigator so she can parade it around the cottage.  Why did they gift wrap a mop and walk it around the cottage?
Video: Forensic expert Patrizia Stefanoni gift wraps a mop
So what’s the big deal about the mop? First, gift wrap is not a proper collection tool, second, the mop head is left exposed as the investigator (for reasons I cannot imagine) walks the mop into the murder room where the most crucial evidence was collected. For me the gift wrap is more symbolic of how this case has played out. Investigators had the job of collecting gifts for Prosecutor Giuliano Mignini who in turn used those gifts to create a well packaged series of lies to be offered to the court. Sadly the plan worked causing irreparable damage to two innocent people.
The truth is investigators completely mishandled the crime scene causing much of the evidence to be susceptible to contamination. More importantly, the court accepted the evidence, leading to the wrongful conviction of Amanda Knox and Raffaele Sollecito.

The news coming out of Perugia, Italy, is being greeted with relief but is also likely  to be met with anger and frustration that it has taken so long for the evidence to be properly analyzed. Dr. Mark Waterbury, author of “Monster of Perugia”, has been a strong voice demanding that this injustice be corrected. His analysis early on left little doubt that the DNA was faulty.  Injustice in Perugia has been reporting on the faulty evidence since early 2010 and many others have voiced outrage worldwide, but no one has fought  to expose the truth more than Journalist Candace Dempsey, award winning Author of “Murder in Italy” and true crime blogger currently focusing on the Amanda Knox case. Candace was the first journalist to suggest that Amanda Knox was innocent when the mainstream media was determined to prove her guilty. Candace wrote as early as January 2008, about the faulty DNA evidence and has described the DNA in the same fashion for 3 ½ years now. In recent months, as the truth has become crystal clear, the media has shifted strongly in favor of Knox and Sollecito; better late than never.

With the latest findings, Judge Hellmann should move for a rapid conclusion to the appeal in compliance with Italian law. There is simply no credible evidence to uphold the convictions of Knox and Sollecito and their release should come swiftly. Many questions remain as to why this nightmare occurred and those responsible must be held accountable but there will be plenty of time to sort out the mess after Amanda Knox and Raffaele Sollecito are fully exonerated and back home with their families.

You can view the full report in Italian here:

Here is an English translation of the conclusions reached by the independent court appointed experts Stefano Conti and Carla Vecchiotti.

Based on the considerations explained above, we are able to respond as follows to the inquiries posed at the assignment hearing:

“Having examined the record and conducted such technical investigations as shall be necessary, the Expert Panel shall ascertain:

1. whether it is possible, by means of a new technical analysis, to identify the DNA present on items 165b (bra clasp) and 36 (knife), and to determine the reliability of any such identification”

– The tests that we conducted to determine the presence of blood on item 36 (knife) and item 165B (bra clasps) yielded a negative result.

– The cytomorphological tests on the items did not reveal the presence of cellular material. Some samples of item 36 (knife), in particular sample “H”, present granules with a circular/hexagonal characteristic morphology with a cental radial structure. A more detailed microscopic study, together with the consultation of data in the literature, allowed us to ascertain that the structures in question are attributable to granules of starch, thus matter of a vegetable nature.

– The quantification of the extracts obtained from the samples obtained from item 36 (knife) and item 165B (bra clasps), conducted via Real Time PCR, did not reveal the presence of DNA.

– In view of the absence of DNA in the extracts that we obtained, with the agreement of the consultants for the parties, we did not proceed to the subsequent amplification step.

2. “if it is not possible to carry out a new technical analysis, shall evaluate, on the basis of the record, the degree of reliability of the genetic analysis performed by the Scientific Police on the aforementioned items, including with respect to possible contamination.”

Having examined the record and the relevant documents, we are able to report the following conclusions regarding the laboratory analyses performed on Item 36 (knife) and Item 165B (bra clasps):

Relative to the genetic analysis performed on trace A (handle of the knife), we agree with the conclusion reached by the Technical Consultant regarding the attribution of the genetic profile obtained from these samples to Amanda Marie Knox.

Relative to trace B (blade of the knife) we find that the technical analyses performed are not reliable for the following reasons:

1. There does not exist evidence which scientifically confirms that trace B (blade of knife) is the product of blood.

2. The electrophoretic profiles exhibited reveal that the sample indicated by the letter B (blade of knife) was a Low Copy Number (LCN) sample, and, as such, all of the precautions indicated by the international scientific community should have been applied.

3. Taking into account that none of the recommendations of the international scientific community relative to the treatment of Low Copy Number (LCN) samples were followed, we do not accept the conclusions regarding the certain attribution of the profile found on trace B (blade of knife) to the victim Meredith Susanna Cara Kercher, since the genetic profile, as obtained, appears unreliable insofar as it is not supported by scientifically validated analysis;

4. International protocols of inspection, collection, and sampling were not followed;

5. It cannot be ruled out that the result obtained from sample B (blade of knife) derives from contamination in some phase of the collection and/or handling and/or analyses performed.

Relative to Item 165B (bra clasps), we find that the technical analysis is not reliable for the following reasons:

1. There does not exist evidence which scientifically confirms the presence of supposed flaking cells on the item;

2. There was an erroneous interpretation of the electrophoretic profile of the autosomic STRs;

3. There was an erroneous interpretation of the electrophoretic profile relative to the Y chromosome;

4. The international protocols for inspection, collection, and sampling of the item were not followed;