David Camm Acquitted of the 2000 Murder of His Family 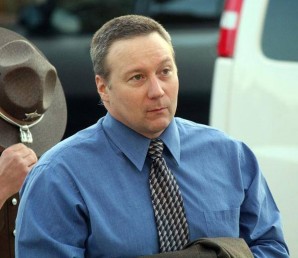 David Camm, the former Indiana state trooper who has spent the last 13 years in prison for the murder of his wife and two young children was found innocent today by a jury in Lebanon, Indiana. The decision marks the final chapter in a case that many observers believed to be a miscarriage of justice.

Camm was accused in the September 2000 murder of his wife and two young children at their home in Georgetown, Indiana. The most recent trial was his third; two previous convictions had both been overturned on appeal. The current trial began in mid August. The jury deliberated about 10 hours before reaching their decision early today.

The defenders of Camm believe the crime was committed alone by a man named Charles Boney who was convicted of the crime in 2006 and sentenced to 225 years in prison. Boney was identified about five years after the murders when previously unidentified DNA from the crime scene was run though a national criminal database. He had been released from prison only a few months prior to the murders after spending the previous decade behind bars. Boney testified extensively in the current trial but had asserted his Fifth Amendment rights against self-incrimination in the second trial.

In the current trial, Boney testified that he had sold a gun to David Camm and watched him kill his family. Boney’s testimony contradicted statements he had made to investigators shortly after the identification of his DNA on a sweatshirt left at the crime scene. Prior to the identification of his fingerprints a few days later, Boney had claimed that he was not there and had never met David Camm. His story changed dramatically after investigators identified his fingerprints on the side of Camm family Bronco.

The current jury apparently accepted the defense position that the crime was committed alone by Boney.