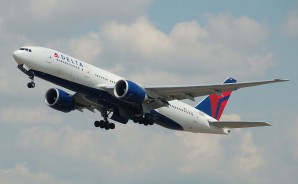 (Atlanta, GA) – The times they are a changin for America’s frequent flyers. Starting on January 1, 2015 Delta Airlines began awarding frequent flyer miles based on the price of the ticket and not, as they have done for decades, on the mileage flown. United Airlines is set to follow suit in March. For those who hoard miles, the party’s over. The changes will be profound.

The changes bring the airlines inline with other loyalty programs for hotels, rental cars, and credit cards that have always provided rewards based on dollars spent. The frequent flyer programs have for years been an integral part of the airlines’ marketing strategy which traditionally focused on the most frequent travelers and not necessarily on those who spent the most.

Particularly impacted will be the so-called elite programs for those who fly a lot. Gold status for Delta still requires 50K actual miles, equivalent to about ten east to west coast trips per year. Under the previous rules actual miles were doubled for Gold members. Now Gold members will get 8 miles per dollar spent. Diamond members (125K miles) will get 11 and non-elite members get five. Simple calculations show that the elite members had it better before, a lot better.

As an example, an advance purchase ticket between Hartford (BDL) and San Diego (SAN) a couple of weeks out on Delta is coming in at $357.2 roundtrip for early February. Depending on the hub taken that trip would be about 2504 flight miles each way. Under the old program a Gold elite member would receive 10016 miles for the roundtrip. Under the new program he/she would receive only 2864 miles based on the $357.20 ticket cost. A non-elite member would get 1794 miles, compared to 5008 before.

The mileage required for a domestic roundtrip ticket on Delta remains at 25-60K depending on demand. First class tickets to international destinations come in between 125K to as much as 300K . Those who travel a lot know that international first class is the best prize of all.

The truth is that that airlines have wanted to make these changes for years but didn’t dare angering some of their best customers. Southwest, long a leader in innovative marketing, implemented the changes years ago. American Airlines remains the only major US carrier to have resisted the change.

If jet fuel prices are anything like the price of gas, the airlines might, for once, be doing OK. Let’s see how long that lasts.