Home » Wrongful Convictions » Is Brian Peixoto Being Punished By MCI Concord Prison For Proclaiming His Innocence?

Is Brian Peixoto Being Punished By MCI Concord Prison For Proclaiming His Innocence? 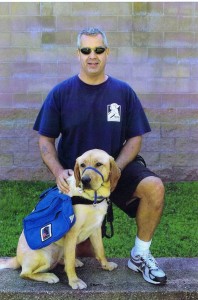 Brian Peixoto was convicted in 1996 for the murder of his girlfriend’s 3-year-old son Christopher Affonso, Jr. Peixoto is currently being housed at the Massachusetts Correctional Institution at Concord (MCI Concord), where he is serving a life sentence without parole.

Peixoto has always strongly proclaimed his innocence, and he is grateful that he has not been alone in his fight for freedom. Peixoto has a strong ever-growing group of supporters who have shown no intention of letting up their efforts until the day Peixoto is set free.

Last month, Peixoto’s supporters were thrilled to see an investigative report published in Boston Magazine, which highlighted Peixoto’s strong case for innocence. The article titled: “Brian Peixoto’s Final Appeal”, written by Gus Garcia-Roberts, takes readers from the very beginning of the case, detailing Peixoto’s arrest, trial, incarceration, and appeals, bringing the story right up to the present day. There is no doubt that many who read the article, will wonder how Peixoto has remained in prison for the past two decades, as he clearly has a strong case for innocence.

Prison life has not been easy for Peixoto. He has a blog on his website so that his messages can be relayed to supporters. In a recent blog entry, he discussed the constant struggle to stay positive while in his situation: “I don’t mean to sound depressing or ungrateful for the wonderful things happening in my case. All of the advances in my case are remarkable. And all of the positive attention is incredible. It’s just that I’m tired. Twenty years is a long time. Twenty years is a VERY long time.” He goes on to say: “It can just be very hard to fight off the negative influences and the darkness that fills my every day of being in prison for a crime I did not commit. It’s hard.”

For the past two years, Peixoto has found a new purpose for his life within the prison walls. Peixoto has been an exemplary inmate with no disciplinary marks against him. His good behavior and positive attitude worked in his favor when he was given the opportunity to become a trainer for the NEADS (National Education for Assistance Dog Services, also known as Dogs for Deaf and Disabled Americans) program. According to the NEADS website, inmates interested in the program must meet certain criteria in behavioral history and must make a 12-18 month commitment before being considered for the job. The inmates chosen are those who have a history of exceptional behavior.

Peixoto has taken his job very seriously, and has proven to be an excellent addition to the NEADS team. Over the past two years, he has successfully trained three dogs for the program. All three dogs have gone on to begin new lives, working as service dogs for people with disabilities. Peixoto’s latest dog, Dancer, was recently matched with a teenage girl with autism.

Peixoto discussed the emotional departure of Dancer in a recent blog entry: “Yes, Dancer has finally graduated. It is bitter sweet. I’ve known all along that the goal was to train her for a disabled person and that she would ultimately leave to change someone’s life. Well, on February 10 it happened. After raising and training her for 15 months, Dancer left to go to her forever home. Dancer was matched with a 15-year-old autistic girl. Dancer will work with the girl as a social dog to give her confidence in social situations. I am very proud of her. I was extremely fortunate to meet the mother of the disabled girl who received Dancer. At a meet-and-greet at the prison, the child’s mother came in to meet the man who trained the dog for her daughter. I was extremely honored. It was very emotional. She brought Dancer in with her and I got to see her. I have to admit; I lost control of my emotions and made a fool of myself.”

Due to Peixoto’s success with Dancer, the NEADS program decided that Peixoto was ready to be given an 8-week-old puppy to train. Peixoto spoke about the excitement of having the opportunity to train a puppy: “I was eager to get started training a new puppy right away. Further, getting a new puppy is an honor that is usually only granted to the most dedicated and skilled handlers. The fact that the NEADS Trainer had chosen to give me a new puppy was a great distinction.”

Unfortunately, Peixoto’s excitement would soon turn to heartbreak. The day after receiving the news that he would be given a new puppy, Peixoto was informed by a NEADS program liaison that he was being terminated from the program effective immediately. Peixoto asked the liaison why he was being removed and he was told that the decision was made by prison administrators. One thing is clear, NEADS had absolutely nothing to do with the prison’s decision to remove Peixoto from their program.

Peixoto was shocked by the news. First he was praised for his outstanding work as a NEADS trainer, only to be abruptly removed from the program the very next day. To make things worse, Peixoto was immediately moved from a single cell to a double cell in another unit. Dog trainers are given a single cell because dogs in training stay in the cells with their trainers. The abrupt move to another cell, in a unit away from all of the dogs in training, was a clear sign that the prison wanted to make their intentions clear.

Just two days after Peixoto was moved to his new unit, he was taken from his cell for a random drug test. Peixoto has never been known to use drugs and had only been tested once in the past ten years, so the timing was peculiar to say the least. Not surprisingly, Peixoto tested negative for any illegal substances. When the test was completed, Peixoto was prevented from going back to his cell. He was told to sit there and wait. When he was finally allowed to go back to his cell, he was dismayed to find that the cell had been searched by the prison staff. Everything was turned upside down, and all of his legal paperwork was thrown everywhere.

Peixoto reached out to Deputy Superintendent Erin Gaffney, to try and find out why all of this was happening to him, and most importantly, why he was removed from the dog training program. Gaffney provided no explanation for Peixoto’s termination as a dog trainer, other than to say that it was an administrative decision. Peixoto has yet to receive any explanation at all from anyone at the prison, which has made the ordeal even more difficult to bear. Peixoto recently expressed the sorrow he felt when receiving the news of his termination from the dog program:

“I was heartbroken. I can’t even put into words how terrible I felt. Everything that gave my life meaning behind these walls was just taken from me. Being in prison for twenty years as an innocent man is difficult enough; removing me from the NEADS Program was like yanking a life preserver from a drowning man.”

The prison’s refusal to provide an explanation for their actions is questionable. Their silence suggests that Peixoto is being punished because of media coverage coming from the recent Boston Magazine investigative report. As it turns out, the prison superintendent, Lois Russo, initially attempted to stop Peixoto from participating in an interview with the magazine, back in November of 2015. Gus Garcia-Roberts, the journalist who was working on the Peixoto report, went above Russo’s head to get the interview approved. Is Russo now punishing Peixoto for speaking to the magazine?

Shortly after Peixoto’s interview in November, Russo visited his unit and saw that he had a guitar. Peixoto was authorized to have the guitar because he played music during prayer services at the church. Without explanation, shortly after Russo’s visit, Peixoto was told per Russo’s orders that inmates were no longer permitted to have guitars in their cells. Was Russo’s decision to confiscate the guitar merely a preview of the punishment that Peixoto should have come to expect in the future?

What possible motivation would a prison have to attempt to silence an inmate who was working to prove his innocence? Why would the prison have any reason at all to hinder any inmate’s fight for freedom? Prison administrators do not convict the prisoners at their prisons. A prison’s purpose is to house prisoners for the time frame dictated by a court of law. Prisons are not in the business of deciding guilt or innocence. So why is MCI Concord so concerned about Peixoto’s quest for freedom? Are prison officials looking to protect the reputation of the State, or are they simply abusing their power because they can?

Many Americans are unaware of how the appeals system works in this country, because they have never had to deal with it personally. The truth is, the appeals system is broken. You can be convicted and sentenced to life in prison without parole within a few days’ time. If you are unfortunate enough to be the victim of a wrongful conviction, you should expect to spend years and possibly decades trying to correct the error. According to The National Registry of Exonerations (which has now logged over 2000 exonerations in the US), it takes an average of 11 years to correct a wrongful conviction.

Peixoto’s trial and sentencing took less than a week. He has now spent two decades behind bars, with his appeals process still ongoing. The time frame is absolutely unacceptable. Peixoto has an incredibly strong case for innocence. The prosecution argued at Peixoto’s trial that the child’s death was the result of abuse inflicted by Peixoto, as punishment to the child for wetting his pants. The truth is that the young boy had fallen down a set of stairs, while in his mother’s care, ten days prior to the day of his death. The fall caused the child to suffer a subdural hematoma, which over a period of time led the boy to have seizures resulting in his death. Brian Peixoto bears no responsibility whatsoever for the child’s death.

Four nationally and internationally recognized medical experts have reviewed Peixoto’s case, and all agree that the child’s death was the result of injuries sustained during a previous fall, not from child abuse inflicted on the day of his death. Peixoto’s defense team, led by attorney Jennifer Fitzgerald, is in the process of preparing an appeal in light of new evidence which they say proves Peixoto’s innocence.

The bottom line is that the appeals system is challenging enough without prisons attempting to work as roadblocks for those who are fighting for their freedom. Every citizen in this country should be disturbed by such behavior. Wrongful convictions are a reality. Exonerations regularly flood our weekly news cycle.

Attempting to silence those who make claims of innocence must be strongly condemned. We need to learn from our past mistakes if we are to have any hope of making positive changes moving forward. Americans need to be aware of the problems we face in our justice system. No one is fully protected from falling victim to a wrongful conviction. If you don’t think it can happen to you, think again.

Peixoto’s supporters are asking people to contact Massachusetts Undersecretary of Criminal Justice, Thomas A. Turco, to request an explanation for the recent punishment inflicted on Peixoto. Supporters are also asking Massachusetts residents to reach out to local state legislators via email to request that they contact Mr. Turco. Their hope is that an inquiry from Undersecretary Turco will prompt officials at MCI Concord to reconsider their decision to remove Peixoto from the NEADS program. People are also encouraged to contact Governor Charlie Baker: http://www.mass.gov/…/constituent-…/contact-governor-office/.

Please visit BrianPeixoto.com to learn more about this case.