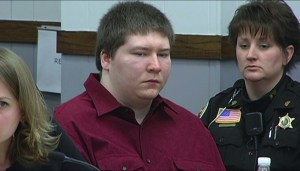 A petition launched by Brendan Dassey’s mother, Barbara Tydych, has been given a boost by the recent news of her son’s conviction being overturned. Barbara’s Change.org petition asking the state of Wisconsin to pass legislation designed to protect juveniles during interrogations, is now trending and the signatures are on the rise. In her petition, titled: “Please Pass Juvenile Interrogation Protection Law in Wisconsin”, Barbara details why her son’s case highlights the need for legislation requiring that an attorney be present during a custodial interrogation of a minor.

Brendan Dassey was wrongfully convicted of murder in the state of Wisconsin in 2007, on the basis of a coerced false confession to the rape and murder of Teresa Halbach. No other evidence supports his conviction, and physical evidence flatly contradicts the statements in which he incriminated himself.

The Netflix series “Making a Murderer” has brought renewed attention to Brendan’s case. The 10-part documentary details the murder of Teresa Halbach and the controversy surrounding her death. Video clips of Brendan’s interrogation, which are presented in the documentary, have left many viewers wondering how Brendan’s confession was ever deemed admissible at trial.

Audio and video recordings show how interrogators adopted a friendly, solicitous manner and quickly brought Brendan under their control. Video footage shows that Brendan was willing to go along with any story line they suggested, but he volunteered almost no information other than reciting back what his interrogators were feeding him. Two seasoned interrogators went to work on a 16-year-old kid and they got to his head. What they didn’t get was the truth.

Steve Drizin and Laura Nirider, attorneys for Northwestern’s Center on Wrongful Convictions of Youth, and attorney Robert Dvorak, are co-counsel for Brendan Dassey’s post-conviction litigation. In October of 2014, Dassey’s defense filed a petition for writ of habeas corpus. On Friday, August 12, a federal judge in Milwaukee granted their petition and overturned Brendan’s murder conviction, giving the state 90 days to decide whether to retry him or release him.

Injustice Anywhere, an organization of which I am a part of, is working with Barbara Tadych on this petition. Brendan is not a free man yet, but the recent ruling is a significant step in the process to secure his freedom. Please take two minutes to sign this petition so that other minors do not suffer like Brendan has. All we are asking is that a minor be provided an attorney before being interrogated by police. No matter what your opinion is on Brendan’s case, can’t we all agree that minors should have an attorney present before being subjected to an interrogation? You can view the petition here: https://www.change.org/p/wisconsin-state-house-please-pass-juvenile-interrogation-protection-law-in-wisconsin. Please sign and share today. Thank you.

You can learn more about Brendan’s case here by visiting these resources: