According to the National Registry of Exonerations, courts in the United States overturned 139 wrongful convictions in 2017. Sixty percent of the exonerations in 2017 were a result of official misconduct. That is the highest number of convictions overturned because of misconduct ever to be documented in a calendar year. It is disturbing to know that honesty and integrity could have prevented so much pain and suffering.

Over the past quarter century, America has incarcerated more people than any civilized nation on earth. A disturbing number of those incarcerations have been wrongful convictions. Hundreds of exonerations can be credited to advanced DNA technology. But research on topics like, bite mark evidence, fire investigation technology, and shaken baby syndrome, have all played a significant role as well. The ability to distribute information via the internet has also proven to be an invaluable resource when fighting wrongful convictions.

Exoneration statistics show that we are on the right track, but we have a long way to go. We need to correct the mistakes we have made, all while working to reforming the system which allowed those mistakes to occur in the first place. Sadly, the wrongful conviction problem is far more pervasive than most people realize, and even with increased interest, most cases continue to lack the attention they warrant. Many innocent people remain in prison. They need others to be their voice. Please join us in the fight to free the innocent. 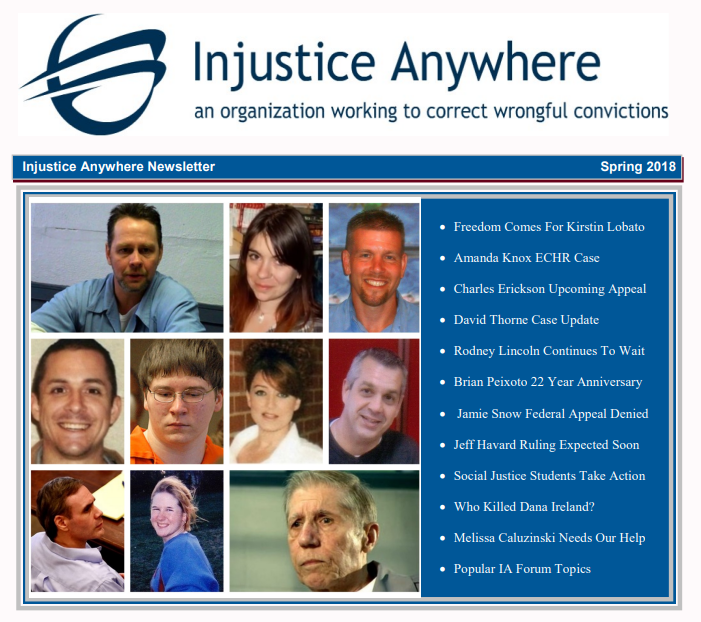 2018-04-03
Bruce Fischer
Share
Previous The Next Legal Step in the Amanda Knox Case: The European Court of Human Rights
Next Fight To Free Jamie Snow Continues On After Recent Setback