Amanda Knox and Google – slave to the algorithm

“Innocence is lucky if it finds the same protection as guilt” 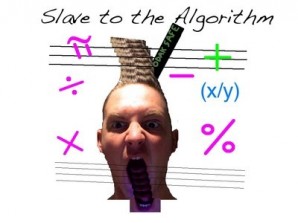 In May this year, Google introduced a new feature. It is called the Knowledge Graph. It’s not a graph and it doesn’t always impart knowledge, but never mind. You can read about it here: http://www.forbes.com/sites/ericsavitz/2012/05/16/google-revamps-search-results-pages-with-knowledge-graph/
Knowledge Graph is a summary box that appears at the top right of the screen when you Google the name of a famous person or thing. It is an extra feature, an addition to the regular search results. It is like a mini encyclopaedia entry with a picture. If there is more than one obvious result, more than one box may appear. For example, if you search ‘traffic’, the box supplies three results: at the top, a Wikipedia definition of road traffic; below that, a picture and summary of the 2000 movie, ‘Traffic’ and lastly, a picture and description of the English rock band, ‘Traffic’. There isn’t a Knowledge Graph for every search. Some people aren’t famous enough.
Right name, wrong picture
I first noticed the feature when I Googled, ‘Amanda Knox’. A Knowledge Graph appears, but not with a picture of Amanda. The picture is of Meredith Kercher with the words, ‘The Victim’ written across her upper arm. This is tantamount to libel by juxtaposition.  I wondered how this could have happened and I decided to do what I could to try and put it right. First of all I experimented by entering the names of other prominent people as well as several who figured in the Meredith Kercher case, starting with Meredith herself.

The results were surprising and inconsistent. For ‘Elvis Presley’, ‘John F Kennedy’ and ‘Joni Mitchell’, a Knowledge Graph appeared, with a picture of each person, as expected. For ‘Meredith Kercher’ herself, there is no Knowledge Graph. Neither is there a Graph for innocent Raffaele Sollecito or guilty Rudy Guede. Prosecutor Giuliano Mignini does have one, as does writer Candace Dempsey. Other commentators are not so lucky, Barbie Nadeau, John Follain and Frank Sfarzo each drawing a blank.

Sloppy algorithms provide flawed results
Moving farther afield, I decided to look at the treatment of other people who have been involved in murder cases and in particular, other innocent defendants. Timothy Evans, the husband of victim Beryl Evans who was murdered by serial killer John Christie, is honoured with his own picture, not one of his wife and alleged victim. Timothy Evans was hanged before Christie, the real killer, was unmasked. On the other hand, a search for Stefan Kiszko, another innocent man, who served 16 years in prison for a murder he did not commit, reveals a picture of young Lesley Molseed, who was actually murdered by Ronald Castree. Kiszko’s memory is defiled by Google in the same way that they casually libel Amanda. Meanwhile, a search for Lesley Molseed does show her picture, but under the caption, ‘Stefan Kiszko’.
So the Knowledge Graph concept seems to have some teething troubles. I decided to contact Google so that I could at least help to correct one mistake.
I got the standard reply:
“Hello,
Thanks for reaching out to us.
Google aggregates and organizes information published on the web; we don’t control the content of these webpages. If you’re concerned about the content on a particular page in our search results, we suggest that you directly address the webmaster of the page in question. To learn how to contact the webmaster of a site, please visit http://www.google.com/support/bin/answer.py?answer=9109. For more information about our Terms of Service, please visit http://www.google.com/terms_of_service.html
Regards,
The Google Team”
No human had even bothered to read my message.
Where did the picture come from?
I looked at Amanda’s Knowledge Graph again. The picture of Meredith is pulled in from a site called ‘Nowpublic.com’, a ‘crowd powered media site’. It was posted on December 1st 2007 by contributor ‘mpress’ of Miami Beach, Florida. There is no accompanying copy. Why Google’s algorithms should pull in this picture from five years ago when a simple search of its own ‘Google Images’ feature could pull in hundreds of pictures of Amanda, is a mystery.
Conspiracy or cock-up?
Suspicious souls would suspect a conspiracy here, but who could possibly gain by attempting to portray Amanda Knox as guilty when Judge Hellmann’s court in Perugia acquitted her in the strongest possible terms just one year ago. Could sources close to the failed prosecution be behind this smear by implication?  It is true that certain internet trolls and misguided journalists continue to fight a determined and vicious rearguard action, but is it possible that they could have invaded the hallowed halls of Google? Surely not. Google is so big, so anonymous and so impenetrable that I fear the more logical explanation is mere incompetence.
So I sent a second email to Google:
Dear Google,
Your answer is a complete copout and is not acceptable. If your algorithms allow this to happen, you need to fix them. Let me give you a comparison. When I Google the name ‘Timothy Evans’, the search comes up with a link to Wikipedia and at the top right of the screen, there is a picture of Timothy Evans, as you would expect. There is not a picture of his dead wife – i.e. the woman he was posthumously cleared of murdering. He was an innocent man and you show his picture, not the picture of a woman who was murdered by someone else. Amanda Knox is an innocent woman, yet you allow a picture of a dead victim – Meredith Kercher – to appear instead of Amanda’s picture when people Google Amanda Knox’s name. The picture is taken from a spammy website and appears under the heading, “The wild, raunchy past of Foxy Knoxy” with an address: http://www.nowpublic.com/culture/wild-raunchy-past-foxy-knoxy
It dates back to December 1st 2007, for goodness sakes. Meredith was killed by Rudy Guede, who remains in prison. Amanda is innocent and your algorithm is facilitating virtual libel – not a good PR move for Google, I would have thought.
A Google Image search for ‘Amanda Knox’ comes up with mostly pictures of Amanda Knox, perhaps not surprisingly. Your Google Image algorithms work properly, so may I respectfully suggest that you get to work and fix your regular web search algorithms.
Yours sincerely
Nigel Scott
A web search soon reveals other victims of Google’s flawed approach. Nepali poet Madhav Prasad Ghimire was surprised to learn that Google’s Knowledge Graph reported that he had died several years ago. At the time of writing he is 94 years old, but still very much alive.
Financial implications
Google’s slipshod approach to pictures and captions can have financial implications for the company. On November 1st 2012, the London Independent newspaper reported that Google was found liable for damages by an Australian jury after Milorad Trjkulja complained that his reputation had been damaged by an Image search that linked him to Melbourne gang crime. In 2004 he had been a victim of crime when he was shot by a man wearing a balaclava. Google’s searches identified him with a caption, ‘Melbourne crime’ which he said implied that he was a gangster. In 2009 he asked Google to make a correction. They refused to do so claiming the defence of, “innocent dissemination” – exactly the same defence they are using now over the Meredith Kercher picture. The Supreme Court of Victoria ruled that Google should have acted when asked. The level of damages has not yet been announced.
“Innocent dissemination” or not, one day Google will have to act. It might be cheaper if it acted now, but I am not holding my breath.
12 November 2012 Update:

Yesterday Google’s Knowledge Graph for Amanda had been updated to show a picture of her that was lifted from the Seattle TImes.  Her face was partially obscured by two microphones, she had a cold sore on her lip, but it was a picture of her.  Today the Knowledge Graph shows no picture at all.  Perhaps this is evidence of human intervention at Google, but who knows?  Truly Google works in a mysterious way its wonders to perform.