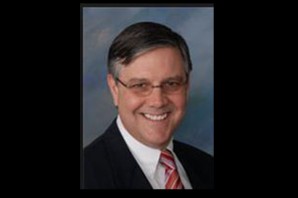 GroundReport has continued their tradition of journalistic integrity by following up on the claim that fictitious sources were used in a recently posted and completely false article.

The author of this article will be removed, as well as two additional articles he wrote which are also untrue and completely misleading.  “The author’s other work will be removed from the web site.”

For those with a limited mental ability to discern fact from fiction, please try to follow the logic.  If there were any truth to the article, or if Amanda were veering from the truth for some irrational legal maneuver, it would have to be initiated in the next several days.  It hasn’t happened yet, has it?

For  those of you who have not seen the deleted article, its idiotic logic paraphrases as:

Amanda has decided to confess to the murder as an attempt to persuade the Italian Judiciary to exonerate her?

You will see that in the next two weeks, the absurdity of the deleted article will become self evident.  Unfortunately, as the pack mentality of unbridled hatred towards Amanda is accelerating, I fully expect more attempts will be made to undermine the journalistic integrity of GroundReport.

The unjust persecution of Amanda and Raffaele has clearly amplified in an attempt to divert attention from the proven lone killer, Rudy Guede.  Amanda and Raffaele now find themselves in a culture clash between the gothic mindset of Italian pride (“la bella figura”) verses the basic rights of the American justice system.

Italy has now put itself in the precarious position of potentially imprisoning an innocent Italian, Raffaele Sollecito, while Amanda remains at home:

America, The Land of the Free.